China tells U.S. the days of borrowing money to cover deficit spending are over

Posted on August 6, 2011 by The Extinction Protocol 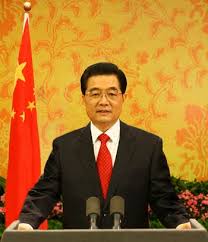 August 6, 2011 – SHANGHAI – China bluntly criticized the United States on Saturday one day after the superpower’s credit rating was downgraded, saying the “good old days” of borrowing were over. Standard & Poor’s cut the U.S. long-term credit rating from top-tier AAA by a notch to AA-plus on Friday over concerns about the nation’s budget deficits and climbing debt burden. China — the United States’ biggest creditor — said Washington only had itself to blame for its plight and called for a new stable global reserve currency. “The U.S. government has to come to terms with the painful fact that the good old days when it could just borrow its way out of messes of its own making are finally gone,” China’s official Xinhua news agency said in a commentary. After a week which saw $2.5 trillion wiped off global markets, the move deepened investors’ concerns of an impending recession in the United States and over the euro zone crisis. Finance ministers and central bankers of the Group of Seven major industrialized nations will confer by telephone later on Saturday or on Sunday, a senior European diplomatic source said. The source said the credit rating downgrade had added a global dimension on top of the euro zone debt issue, raising the need for international coordination. “The G7 will confer by telephone. It’s not yet confirmed whether it will be in one stage or in two stages, tonight and tomorrow,” the source said. French Finance Minister Francois Baroin, who would chair such a meeting under France’s G7 and G20 presidency, said it was too early to say whether there would be an early G7 gathering. In the Xinhua commentary, China scorned the United States for its “debt addiction” and “short sighted” political wrangling. “China, the largest creditor of the world’s sole superpower, has every right now to demand the United States address its structural debt problems and ensure the safety of China’s dollar assets,” it said. –Reuters

“There is no way to avoid the final collapse of the boom brought on by credit expansion. The question is only whether the crisis should come sooner through voluntary abandonment of credit expansion, or later when it will implode with a final and total catastrophe of the currency system. We are currently in the final catastrophe of the financial and monetary system.” – official at Ludwig von Mises Institute Austria, August 6, 2011

17 Responses to China tells U.S. the days of borrowing money to cover deficit spending are over