Posted on August 2, 2011 by The Extinction Protocol 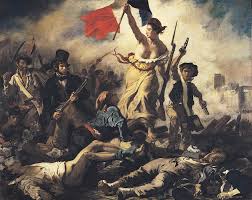 August 2, 2011 – PARIS – Europe is a “train wreck” and on the “brink of a major financial crisis,” Scott Minerd, CIO of the fixed-income firm Guggenheim Partners, told CNBC Tuesday. “The way Europe is operating right now, it’s what I called recently ‘cognitive dissonance,'” Minerd said, or “basically doing the same thing thinking they’re going to get a different outcome. They keep throwing more and more liquidity at it thinking it’s going to get better and it’s not,” he added. Europe fails to recognize that it has a “structural problem, not a liquidity problem.” People will “flee the euro” unless they find a way to bifurcate the euro in some way where strong countries are in the euro only and the weak countries are out, Minerd explained, adding, “To be honest with you, I don’t see the mechanism to do that.” “As the capital is flooding out of Europe, which we’re starting to see now, the first place it’s going to go is to the safe havens—[U.S.] Treasurys, which [the market] perceives to be safe, and it’ll chase gold,” he added. Compared to a 2 percent return on Treasury notes, investors will eventually say that “stocks with price-earnings multiples of 12 or 13 or 14 look relatively cheap, and the growth for corporate earnings in the United States is very good, and this is likely to help us,” said Minerd. The United States is “the least dirty shirt in the bag,” Minerd concluded. “We have a very good chance of seeing equities up maybe another 10 percent [over the next six months] from where we are.” –CNBC

Debt contagion poised to spread: TEL AVIV -Israel may have its AAA credit rating on U.S.-guaranteed sovereign bonds cut by Standard & Poor’s Ratings Service in line with a similar action it has warned of taking on U.S. debt. S&P put Israel’s rating on “CreditWatch” today, meaning there is a 50 percent chance it may be cut in the next 90 days. It said the action should have been taken July 14 when the U.S. rating was placed on “CreditWatch,” attributing the lapse to an administrative error. The ratings service said it acted on the U.S. debt because of an assessment that a substantial policy stalemate could last beyond any near-term agreement to raise the U.S. debt ceiling. –Bloomberg

Markets go into free-fall: The stock market is on its longest losing streak since the financial meltdown of 2008, confronted almost every day by fresh evidence that the economy is in serious trouble again. The Dow Jones industrials declined more than 265 points Wednesday, their worst day in more than two months, and closed below 12,000 for the first time since June 24. Investors sold all day after a report that the economy, which is barely growing and straining to produce jobs, is getting almost no help from consumer spending. Americans saved more in June and spent less for the first time in almost two years. The big declines in the stock market came despite the formal end of weeks of uncertainty over whether Congress would raise the federal government’s borrowing limit. President Barack Obama signed into a law a bill that raises the debt ceiling and promises more than $2 trillion in cuts to government spending over the next decade. The bill was passed by the House on Monday and by the Senate earlier Tuesday, 74-26. But investors were more worried about the economy, and the sell-off only accelerated. It was the eighth consecutive daily drop for the Dow and seventh for the Standard & Poor’s 500 index, in both cases the longest since October 2008. During its eight-day decline, the Dow has lost 858 points, or 6.7 percent. The average closed at 11,866.62. The S&P 500 closed at 1,254.05, and is now down slightly for the year. –Yahoo Finance

Silent run on banks in Greece already underway: Wary of giving his name, he glances around the marble-floored, wood-paneled foyer before pulling out a slim A4-sized folder. It is about the size of a small safety-deposit box – and those, ever since the financial crisis hit Greece 18 months ago, have become the most sought-after financial products in the country. Worried about whether the banks will stay in business, Greeks have been taking their life savings out of accounts and sticking them in metal slits in basement vaults. The boxes are so popular that the bank has doubled the rent on them in the past year – and still every day between five and 10 customers request one. This bank ran out of spares months ago. The clerk leans over: “I’ve been working in a bank for 31 years, and I’ve never seen a panic like this.” Official figures back him up. In May alone, almost €5bn (£4.4bn) was pulled out of Greek deposits, as part of what analysts describe as a “silent bank run”. This version is also disorderly and jittery, just not as obvious. Customers do not form long queues outside branches, they simply squirrel out as much as they can. Some of that money will have been used to pay debts or supplement incomes, of course, but bankers put the sheer volume of withdrawals down to a general fear about the outlook for Greece, one that runs all the way from the humble rainy-day saver to the really big money. –Guardian