Posted on July 25, 2011 by The Extinction Protocol

July 25, 2011 – SPACE –I think there is an agenda out there and one of the reasons for the spreading of fables about space threats is to dilute the reality of what is actually transpiring in the world around us. The first one is that Elenin is a doomsday comet and the largest comet we’ve ever seen and it causes earthquakes by its alignments. False– The largest comet ever discovered by scientists was Comet Sarabat or the Great Comet of 1729. Wikipedia says: “The Comet of 1729, also known as C/1729 P1 or Comet Sarabat, was a non-periodic comet with an absolute magnitude of −3, the brightest ever observed for a comet; it is therefore considered to be the largest comet ever seen.” By contrast, the Hale-Bopp comet had a magnitude -1.3. Comet Elenin should be at its brightest shortly before the time of its closest approach to Earth on Oct. 16 of this year. At its closest point, it will be 35 million kilometers (22 million miles) from us. How many major earthquakes occurred in the year 1729? None. The worst earthquake to even occur 20 years close to 1729 was the Lisbon earthquake of 1750. Comets do not cause earthquakes no more than Jupiter causes earthquakes. Astronomer Ian Musgrave: Will Comet Elenin Hit Earth? No, its closest approach is 0.23 AU on Oct 16, 2011, where 1 AU is the distance from the Earth to the Sun. To put this in perspective, this is only a little closer than the closest approach of Venus to Earth, and roughly 100 times the distance from the Earth to the Moon. Will it Cause Earthquakes, Abnormally High Tides or Other Disasters? No, Elenin is a mere 3-5 kilometres across and has less than a billionth of the tidal force of the Moon at closest approach (as well as a negligible magnetic field). If the Moon can’t cause the poles to tip, cause massive tidal floods or earthquakes, Comet 2010 X1 Elenin won’t. We’ve been closer to other comets before with no ill effect. 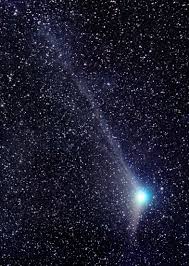 Is Elenin a Moon of a Brown Dwarf Star? No. But Brown Dwarf Stars are so Cold, you Can’t See Them. No, coldest detected so far is ~370K (about the temperature of a hot cup of tea), the the warmest are around 2200 K, and most range between 500-1000 K. They may not produce much visible light, but they reflect light. Jupiter has a composition similar to those of Brown Dwarf stars. Jupiter’s cloud tops are a chilly 128 K and it reflects light just fine. Any Brown Dwarf in the inner solar system would be painfully obvious. I Saw Comet Elenin Near the Sun in August 2010/Now: In August 2010 only really powerful telescopes could see Elenin. You saw Venus. If you are seeing something bright near the Sun in the morning sky now, it’s Venus. But it’s bigger than Jupiter! No, that’s the coma , the thin haze of gas and dust that surrounds the comet nucleus. The nucleus of C/2010 X1 Elenin is roughly 3-4 Km in diameter and Elenin has a coma around 50,000 km wide at the time of writing (which is a third of the diameter of Jupiter). The average density of the coma is about the same as the density of the atmosphere on the Moon. A coma is a feature of all comets that approach the Sun closely, for example comet 81P Wild (nucleus 4 Km diameter) had a coma of 50,000 Km and 103P Hartley had a coma of 150,000 Km. The Great Comet of 1811 had a nucleus of around 30km in diameter and had a coma nearly as big as the Sun. Comet Halley is 6×15 km and had a coma 100,000 km wide when it last approached Earth. We survived them all (and 103P Hartley came nearly twice as close as Elenin will), and we will survive Elenin without incident. –Universe Today

9-11 is encoded in the name of the comet Elenin. What does that mean? The comet was named after the man who discovered it- Leonid Elenin. If the name was encoded at birth, his parents probably knew the comet was coming before he did. Discussion about comet Elenin from people like Richard Hoagland has switched from science to the paranormal, citing the comet is being guided by an ‘intelligent influence.’ So this agenda, like the Annunkai, who are supposed to be riding the fabled Nibiru, is all about the alien agenda and fallen demonic angels setting the Earth up for the appearance of these creatures who are under the tuteledge of Satan.  Revelation 12:9