Posted on July 22, 2011 by The Extinction Protocol 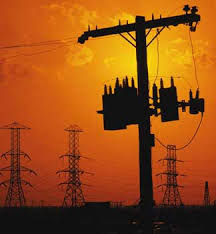 July 22, 2011 – FERNDALE , Michigan – The excessive heat and higher electrical demand has led DTE Energy to begin intentional rolling blackouts in one Metro Detroit community, Thursday afternoon, and at least one other area could follow. Residents in Ferndale, already hit with roughly 5,000 outages due to “system stress”, are now on rolling blackouts for the rest of the day. “It allows us to make sure that we’re not putting excessive stress on equipment that may already be damaged, which could cause a more serious problem,” said DTE spokesman Len Singer. “It assures that one batch of customers isn’t burdened with a power outage for the entire period of time,” he said. Singer said DTE has notified customers in Ferndale that they will rotate outages, with power out for two hours and then on for two hours for customers in problem areas. Singer said they are also keeping their eye on electrical demand in Warren to determine if rolling blackouts will be necessary there as well. There were about 25,000 DTE customers without electricity, Thursday afternoon, as temperatures were set to hit the triple digits in Metro Detroit.  The biggest outages right now are in Redford Township, Detroit’s westside, Ferndale and Plymouth Township. Ferndale resident Mason Campbell is one of those coping without electricity. “The apartment’s very hot, the air is thick and humid,” Campbell said. “You know, we live in small apartments and maybe, if you went on the porch, you’d probably be able to sleep, maybe … but it’s kind of difficult,” he said. –CBS Local