Posted on July 18, 2011 by The Extinction Protocol 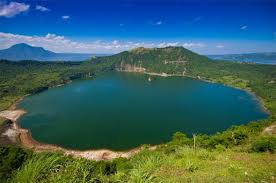 July 18, 2011 – MANILA – The Philippine Institute of Volcanology and Seismology (Phivolcs) said quakes rocked Taal Volcano in Batangas and Negros Occidental province in Western Visayas on Monday. Phivolcs said a magnitude-5 quake jolted Negros Occidental province in Western Visayas Monday morning, nearly a week after a magnitude-6.2 quake hit the area. Meanwhile, at least five volcanic quakes were recorded at restive Taal Volcano in Batangas in the last 24 hours, Phivolcs said. Phivolcs said the quake was recorded at 8:43 a.m. and was tectonic in origin. In its bulletin, Phivolcs said the epicenter was 61 km southwest of Cauayan, Negros Occidental. Authorities issued a warning that the public, however, is reminded that the Main Crater should be strictly off-limits to the public because sudden steam explosions may occur and high concentrations of toxic gases may accumulate.  –GMA News

Iceland: A small earthquake swarm was also detected under the Katla volcano. The swarm was led by the most powerful earthquake in the series which measured a 3.8 in magnitude and occurred at the shallow depth of about 1 km below the volcano. Activity has been increasing at the volcano over the last two week. –The Extinction Protocol

6 Responses to Iceland and Philippine volcanoes shaken by earthquakes