Posted on July 11, 2011 by The Extinction Protocol 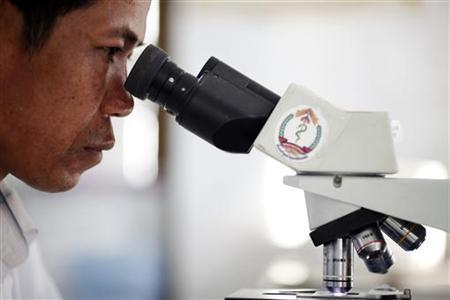 July 11, 2011 – JAPAN – Scientists have found a “superbug” strain of gonorrhea in Japan that is resistant to all recommended antibiotics and say it could transform a once easily treatable infection into a global public health threat. The new strain of the sexually transmitted disease — called H041 — cannot be killed by any currently recommended treatments for gonorrhea, leaving doctors with no other option than to try medicines so far untested against the disease. Magnus Unemo of the Swedish Reference Laboratory for Pathogenic Neisseria, who discovered the strain with colleagues from Japan in samples from Kyoto, described it as both “alarming” and “predictable.” Since antibiotics became the standard treatment for gonorrhea in the 1940s, this bacterium has shown a remarkable capacity to develop resistance mechanisms to all drugs introduced to control it,” he said. In a telephone interview Unemo, who will present details of the finding at a conference of the International Society for Sexually Transmitted Disease Research (ISSTDR) in Quebec, Canada on Monday, said the fact that the strain had been found first in Japan also followed an alarming pattern. “Japan has historically been the place for the first emergence and subsequent global spread of different types of resistance in gonorrhea,” he said. The team’s analysis of the strain found it was extremely resistant to all cephalosporin-class antibiotics — the last remaining drugs still effective in treating gonorrhea. Gonorrhea is a bacterial sexually transmitted infection and if left untreated can lead to pelvic inflammatory disease, ectopic pregnancy and infertility in women. It is one of the most common sexually transmitted diseases in the world and is most prevalent in south and southeast Asia and sub-Saharan Africa. In the United States alone, according to the Centers for Disease Control and Prevention (CDC), the number of cases is estimated at around 700,000 a year. British scientists said last year that there was a real risk of gonorrhea becoming a superbug — a bacteria that has mutated and become resistant to multiple classes of antibiotics — after increasing reports of gonorrhea drug resistance emerged in Hong Kong, China, Australia and other parts of Asia. Experts say the best way to reduce the risk of even greater resistance developing — beyond the urgent need to develop effective new drugs — is to treat gonorrhea with combinations of two or more types of antibiotic at the same time. –Reuters