Posted on June 13, 2011 by The Extinction Protocol 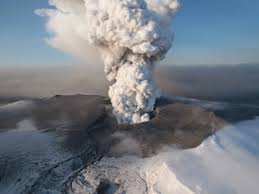 June 13, 2011 – ICELAND – It began, in earnest, about a year ago with an inordinate number of volcanic eruptions reported in the year 2010. In 2011, mud volcanoes also begin erupting in Azerbaijan and Vietnam. Unexplained incidents of lithospheric fracturing and fissures were also being reported across the globe- in the U.S., Canada, Peru, Bolivia, Brazil, Pakistan, and Spain. Many of these incidents mysteriously occurred with no seismic precursors. Tectonic plate agitation was increasing across the globe though few were taking notice of the dynamic geological changes sweeping across the face of planet Earth. Then came the 9.0 2011 Tōhoku earthquake, which Japanese geologists said appeared to have awaken as many as 20 volcanoes across the Japanese Islands. As early as 2010, I stated Japan, like Iceland, had entered a new period of geological dynamism. One early indicator was the number of volcanic eruptions at Japan’s Mount Sakurajima had nearly doubled from 2009 to 2010. Earth has entered a period of hyper-volcanism both on land and under the sea- where 80% of all volcanism occurs. As these submarine volcanoes erupt, the oceans are warming, becoming more hypoxic and acidic and marine kills across the globe will continue to increase as a result. This earth-changes phenomena can no longer be consigned to the geologic peculiarity of the Pacific Ring of Fire where 75 of the planet’s active volcanoes are located. The effects have now extended well beyond the Pacific and will continue to destabilize geologic and meteorological conditions across the planet. On the above map, in the last 24 days, Grímsvötn volcano in Iceland (May 21), Puyehue volcano in Chile (June 4) and the Nabro volcano in Eritrea (June 13) have all been awakened by the sudden explosive stress of seismic swarms. It is of particular interest to note that Nabro is not a Holocene volcano and has never erupted before in recorded history. These events are early-warning signs of just how far along these processes have already progressed. –The Extinction Protocol