Israeli Minister says a military strike on Iran may be necessary 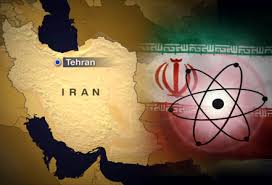 May 31, 2011 – JERUSALEM – An Israeli Cabinet minister said the civilized world must take joint action to avert the Iranian nuclear threat, including a pre-emptive strike if necessary. Moshe Yaalon — the minister for strategic affairs — made the statement in an interview with Russia’s Interfax news agency released Monday ahead of a visit to Moscow. “We strongly hope that the entire civilized world will come to realize what threat this regime is posing and take joint action to avert the nuclear threat posed by Iran, even if it would be necessary to conduct a pre-emptive strike,” Yaalon was quoted by Interfax as saying. Yaalon wouldn’t discuss who might deal the strike, saying the entire world, not just Israel, must be concerned about the danger posed by a nuclear-armed Iran. “An Iran possessing nuclear weapons would be a threat to the entire civilized world,” he was reported as saying. Yaalon’s spokesman Ofer Harel told The Associated Press later Monday that the minister was repeating Israel’s position that all options are on the table and not calling for anybody to attack Iran. Iran has insisted its nuclear program is peaceful, but the U.S., Israel and many others believe it is cover for developing atomic weapons. –Fox News 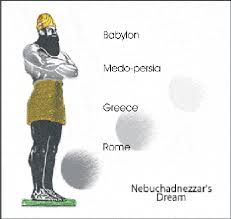 What the Bible says: Nebuchadnezzar’s dream in the second chapter of the book of Daniel was the prophecy of the 4 kingdoms of the ancient world which spanned the history of time: Babylon, Persia, Greece and Rome. These same four kingdoms will also shape the geopolitics of the world prior to its end and will overshadow the 10 kingdom confederacy that will seek the mandate of global worship by economic leverage according to the 13th chapter of the Book of Revelation (as revealed by the 10 toes of the statue). If you look at the four kingdoms today- all are now having an influence on world politics. Babylon (modern day Iraq), Persia (Iran), Greece (leading the EU debt crisis), and Rome (the Vatican, with its goal of global ecumenicalism). But the Bible says “And in the days of these kings shall the God of heaven set up a kingdom which shall never be destroyed…it shall break in pieces and consume all these kingdoms, and it shall stand forever.” Daniel 2:44.  This same prophecy is repeated in Revelation: “The kingdoms of this world are become the kingdoms of our Lord, and of his Christ, and he shall reign forever and ever.” Revelation 11:15