Doomsday fire: Millions of volcanoes are stirring beneath the world’s oceans 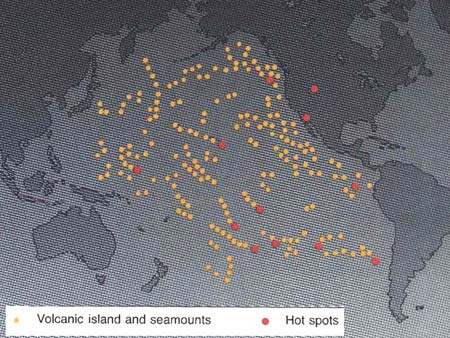 In 1993, marine geophysicists aboard the research vessel Melville discovered 1,133 previously unmapped underwater volcanoes off the coast of Easter Island. Though some of the newly discovered volcanoes rose as much as one-and-a-half miles above the seafloor, their summits still remained half a mile below the water’s surface- all this in a comparatively small area of only 55,000 square miles, about the size of New York State. The geophysicists had increased the known supply of underwater volcanoes by more than ten percent just in a matter of months. That was 1993. Today, scientists estimate that there are more than three million underwater volcanoes. That’s a three followed by six zeroes! In 2007, oceanographers Hillier and Watts surveyed 201,055 submarine volcanoes. “From this they concluded an astounding total of 3,477,403 submarine volcanoes must reasonably exist worldwide,” said this article by John O’Sullivan. Hillier and Watts “based this finding on the earlier and well-respected observations of Earth and Planetary Sciences specialist, Batiza (1982) who found that at least 4 per cent of seamounts are active volcanoes.” According to Batiza’s survey, the Pacific mid-plate alone contains an incredible 22,000 to 55,000 underwater volcanoes, with at least 2,000 of them considered active. Thinking that anyone could know exactly how many volcanoes lurk beneath the surface of the ocean is ludicrous, of course. But that 3,477,403 number, coming from two well-respected oceanographers, does reinforce my point rather nicely, namely, that underwater volcanoes are heating the seas. To go from 10,000 underwater volcanoes to more than three million in less than 20 years shows how little we knew – and how little we still know – about this incredible force of nature. We know more about the moon. 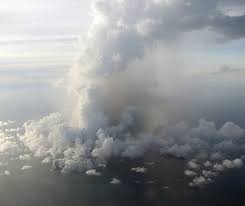 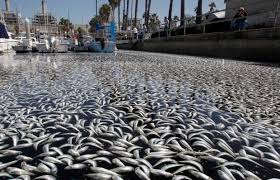 Asphalt volcanoes are ocean floor vents that erupt asphalt instead of lava. They were discovered in the Gulf of Mexico during an expedition of the research vessel SONNE, led by Gerhard Bohrmann of the DFG Research Center Ocean Margins in 2003. In 2007, seven more such structures were discovered off the coast of Santa Barbara, California. The largest of these domes lies at a depth of 700 ft (213 m). The structures were larger than a football field and about as tall as a six-story building, all made completely out of asphalt. You needn’t wonder why so many dead fish are washing up on the coast of California. Most of these asphalt volcanoes emit huge amounts of methane and, along with other submarine hydrothermal volcanic vents, they are the leading causes of hypoxia (dead-zones) in oceans, rising temperatures, ocean acidity and worsening oscillation weather patterns (El Niño/La Niña) as I mentioned in my book. –The Extinction Protocol

51 Responses to Doomsday fire: Millions of volcanoes are stirring beneath the world’s oceans