Posted on May 6, 2011 by The Extinction Protocol 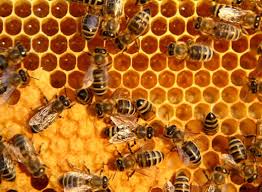 May 6, 2011 – AUCKLAND – Beekeepers fear an alarming phenomenon that is wiping out bees and leading to reduced food crops around the world has reached New Zealand. Colony collapse disorder has caused American beekeepers to report losses of up to 90 per cent in some cases, prompting fears of crop shortages. Honeybees are the planet’s most effective pollinators, and industry leaders in New Zealand are calling for an investigation into the problem. National Beekeepers Association joint chief executive Daniel Paul said reports coming in to the group were causing concern. In the past six months, it had received reports of significant bee losses – up to 30 per cent in some places. “It’s significant enough to make us sit up and take notice.” The reports had come from both islands, with big losses in Canterbury and Poverty Bay. The value of bees to the economy is estimated at about $4 billion a year because of New Zealand’s reliance on fruit, vegetable, dairy and meat, and fibre exports, all of which rely to some extent on pollination by bees. Although the varroa bee mite has been blamed for losses in the past 11 years, the use of chemical treatments has been helping bee numbers recover. Now, concern has arisen about a new family of insecticides, neonicotinoids, which are used to coat seeds and control pests. They are neurotoxins and are believed to interfere with a bee’s nervous system. Association vice-president Barry Foster said international studies had shown neonicotinoids induced chronic mortality in bees. –Stuff NZ