Posted on February 15, 2011 by The Extinction Protocol

February 15, 2011 – SOUTHAMPTON, England, (UPI) — British researchers say the discovery of deep-sea volcanic vents in the Antarctic’s Southern Ocean suggests they’re more common than previously thought. Deep-sea vents are hot springs on the seafloor, where mineral-rich water nourishes colonies of microbes and animals. Around 250 such vents have been discovered worldwide in the three decades since scientists first encountered them in the Pacific. Most have been found on a chain of undersea volcanoes called the mid-ocean ridge but very few are known in the Antarctic, a release from the U.K. National Oceanography Center said Monday. Scientists aboard the Royal Research Ship James Cook, using an underwater camera system, found slender 10-foot-tall mineral towers with shimmering hot water gushing from their peaks, and gossamer-like white mats of bacteria coating their sides. “When we caught the first glimpse of the vents, the excitement was almost overwhelming,” Leigh Marsh, a University of Southampton doctoral student, said. The vents were found at a depth of 1,700 feet in a newly discovered seafloor crater close to the South Sandwich Islands, a remote group of islands about 300 miles southeast of South Georgia. –UPI 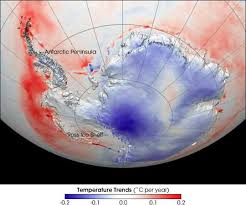 As the pace of geologcial change on Earth accelerates, we expect to see greater instability around the southern polar region from volcanism. Reference chapters 10 and 11 in The Extinction Protocol.

This entry was posted in Earth Changes, Volcano Watch. Bookmark the permalink.