Posted on January 12, 2011 by The Extinction Protocol

January 12, 2011 – Eastern Australia has seen apocalyptic flooding over the last three weeks. 75% of Queensland has been declared a disaster zone. Brisbane, Australia’s third largest city, has been inundated by a round of new flooding. Toowoomba was buried under a massive inland tsunami. 15 people are dead and more than 80 are still unaccounted for. Just when you thought it couldn’t get any worst… We see a massive cyclonic storm forming off Australia’s eastern coast. We can only pray this one misses the land down under altogether. 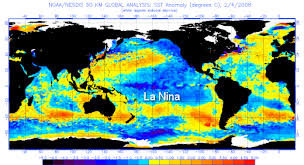 This entry was posted in Earth Changes. Bookmark the permalink.